…wait a second. I thought I had a whole week to keep writing. I was going to keep posting. What happened?!

Two things happened, one practical and outside my immediate control, and another that was totally and utterly my own fault.

First, I’m a pastor, and Advent happened. The number of church services from the last week of November until Christmas literally double, which sucks up a LOT of my time. And, while I love writing, ministry comes before it. I make no apologies for this; it’s the way things are. Hopefully, come January, I’ll have lots more time to write as ministry won’t be sucking up AS MUCH of my time.

Second, I seem to have slipped into my “READ MOAR” part of my cycle. I’ve noticed I’ll flip back and forth between “must write!” and “must read!” with no discernible timing or reason. I’ve ripped through several books and my “catch-up” stack of comics has begun to dwindle. I guess it was time for input!

And, besides that — Pyreman… stalled. NaNoWriMo, I’m told, means basically no planning ahead. Just write! And while I hadn’t yet painted myself into a corner, the story was NOT where I wanted it to be at that point. I’d finally gotten past set-up. I figure I was roughly a third-way into the novel. What I’ll likely do is start over and plan out the novel now that I know the main characters and figure out exactly how to achieve my goals; the entire “daughter of the coalmine owner” subplot was basically ignored, which is too bad, because it factors in a major way into my planned endgame.

So, you’ll likely see no more posts on Pyreman because I want to tackle it as a novel and not as “posts.”

So that’s it… for this year. We’ll see what comes next year! Until then…. write lots!

The End of NaNoWriMo… or not…

…except for me. I started six days late (due to other projects) so I’ll be plodding on for six more days. I doubt I’ll finish this novel within this time, but it’s been fun (most days) trying to keep my nose to this particular grindstone. I’ll post a follow-up once my thirty day journey is complete, but I wanted to explain why I’ll still be posting to the NaNoWriMo tag!

Through tears I watch the boy’s body break down in the heat of the flames. I measure time by the breakdown of hair, skin, fat. I know it all, of course. I’ve seen this fifty times before at fifty different pyres. I know how a human body burns and what remains after.

This is the first time I’ve really cared about it.

Someone needs to witness this. Someone needs to give his life and his death meaning. And that is the job of the pyreman. We don’t exist to just clean out the dead from the Pits to make sure disease doesn’t spread. We exist to honor the dead. To watch on this last journey. To respect them as even their form leaves.

Everything Tannen says is clicking into place.

But it’s even more than that. That boy died because of me. If I hadn’t saved him from the burning tent, if I hadn’t dragged him to the edge of camp, if I hadn’t enraged the men from the Pits, he would still be alive. Sure, he’d have plague, and he’d be dying, but he wouldn’t be dead now.

It’s my fault. I owe him. The least I can do is watch. END_OF_DOCUMENT_TOKEN_TO_BE_REPLACED

The kid keeps fighting me. I don’t know if he’s so far gone he can’t see the flames, or if his panic is so great he can’t function without his mom. I’ve seen it before, but in different circumstances. Sometimes we’d come to pick up a body, and there’d be a daughter or a husband or someone who couldn’t function without that person, and they’d just cling to the body. Tannen would always tell me to be patient and wait. I hated it, but sometimes we’d wait for hours while the mourner said goodbye. Tannen said it was one of our duties as pyremen to wait and allow everyone the time to mourn.

Personally, I just wanted to hit the person hard enough to wake them up. No one is ever really ready to say goodbye. Not unless they already know death the way a pyreman does. But then, that’s what they do in the Pits. Hide death, stow it away, because if you can’t see it you don’t have to deal with it.

Same reason we have the Plaguer Camp. If you don’t have to look at the plague, it doesn’t affect you.

Not that I ever had that problem. END_OF_DOCUMENT_TOKEN_TO_BE_REPLACED

Something wet drops on the bare skin of my arms. What is it? Water? How is water falling from the sky?

The flames. The flames are so hot they’re melting the snow before it touches the ground. I don’t know how that’s possible. I’ve never seen water fall from the sky. Always it’s been snow. Is this what the end of the world is like?

I see a flash of Patr telling me about a flood, how it was warm enough that all the snow melted and deluged the entire world.

I must still be fighting the fever. It’s not plague, I know that much. If I had plague, I’d have blotches on my skin. I don’t have plague. I can’t. END_OF_DOCUMENT_TOKEN_TO_BE_REPLACED

Tannen fixes me with one of his stares, the kind that you can’t look away from no matter what. “Where have you been?”

I open my mouth to answer, but a bird comes out. Its feathers tickle my tongue and lips as it slips out and falls onto my chest, shaking its head. Its long black, glossy feathers flicker in the wavering light.

I blink at it.

It blinks at me.

I look up, but Tannen is gone. The woman remains. “You’re still feverish. The plague has decided you’re too healthy to take by the body, so it’s taking you by the mind. I’m sorry.”

I want to answer, but I’m afraid another bird will crawl out of my mouth. END_OF_DOCUMENT_TOKEN_TO_BE_REPLACED

The fire crackles. I try edging closer, but a large hand catches me and pushes be back. “Let him feel the heat. Don’t steal it from him.”

Tannen kneels down beside me. White pellets of snow pelt us, but he doesn’t seem to notice. He’s so big that a little snow can’t hurt him. Nothing can hurt him. At last I’ve found someone who won’t betray me. Not like dad. Not like Eli. Pyremen never desert their own.

He smiles and points to the dead body that the flames are devouring. “You helped me carry him out here. What did his skin feel like to you?”

“Of course he’s cold. He’s dead.” Tannen nods. “But who wants to be cold forever? Let me tell you a pyreman secret, Aydrik. People tell stories about Before, when we didn’t have to dig down to heat, when we used to be able to see the sun. They say we used to bury our dead in the ground. And it’s true. Every once in a while a ‘shovel will find bones as it tries to uncover a new heat spring. I’ve been there to help honor the dead and move them respectfully.” END_OF_DOCUMENT_TOKEN_TO_BE_REPLACED

He’s looking down on me. The guy has a trimmed black beard and intense eyes that are set behind cheekbones that are so prominent he almost looks like a skull with fake facial hair. His read hat, of course, is the thing that scares me most.

He wants to take me down to the officer’s pit. And that’s a place most kids like me never leave unless a pyreman’s carrying them. And considering the pyremen aren’t too happy with me right now, that sounds even worse than normal.

I groan as I sit up. “I just climbed the freezin’ Scar, and you want to arrest me?”

I hear the baton slice through the air right before it hits me in the shoulder. Pain explodes there. “Get up, now, or it’ll be worse.”

If I had my club, I could probably go toe-to-toe with him. He’s not scarier than the dogs I had to face down at the pyre.

I glare at him as I stand up. Behind me is the sheer cliff of the Scar and the dogs still barking below. There’s nowhere to escape. My back aches. My legs scream. My shoulder isn’t happy. My cheek has taken to burning again. And my wrist…

…oh, my wrist. I glance down. Both my hands are bloody from the climb, but that hand… its dripping blood. No wonder the dogs are still going insane down there. They smelled my blood.

My blood. Giving the dogs plague.

He thinks I have plague, doesn’t he? Tala said the officers thought I had that disease, that I was someone trying to get the whole Pits sick. Someone form the Plaguer Camp.

I cup my hand to collect some of the blood. “You don’t want to take me to the officer’s pit.”

“I have plague. You take me there, every one of your friends is going to get it.”

He lifts his arm to strike me with his baton again.

I flick my hand at him. Blood goes flying into his face. Into his eyes. He screams. The baton falls to the rocky ground as his hands fly to his face, trying to wipe it off. He screams again – a bunch of little short screams, pained and sudden. END_OF_DOCUMENT_TOKEN_TO_BE_REPLACED

The gray clouds above me are just starting to shine with the light of dawn. The snow’s coming down heavy. Large, wet flakes obscure everything. Piles of snow obscure the path from the fissure in the rock. I gaze up the cliff. This is going to be impossible to climb from here without Eli to guide me. I don’t remember the way anymore; it’s been too many years.

I look down to the frozen river below. I don’t see any tracks; the pack of dogs we saw last night must not have been through here recently. Maybe I can follow the river to an area where it’ll be easier to climb up.

I stuff my hat on my head. I wish I had gloves. Doesn’t matter now. I can’t wish them into being.

What if he’s dead because I left him behind? END_OF_DOCUMENT_TOKEN_TO_BE_REPLACED 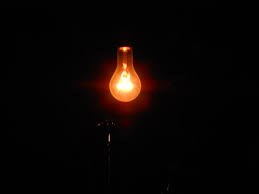 Maybe I should just go to the Plaguer Camp. They can’t kick anyone out there.

Do I try sneaking out? It worked back with the pyremen. I got out around Tala and Cedric and all the rest. I should be able to do it here, right?

I shuffle to the door and try it. It creaks open way too loud. After a moment and finding no one yelling at me, I poke my head out the door. I discover a long hallway that is completely black; the light from within the room doesn’t penetrate far. And because the light is electric and wired through the rock itself, I can’t take it with me. There’s no guards.

Well, they don’t believe in guards here. I suppose that shouldn’t surprise me at all. I got out fine last time.

But that’s when I was younger. Maybe faster. But I knew the caves far better back then. I don’t know if I’d be able to find my way in the dark any more. I don’t even know which way to start. It wouldn’t be a good idea to get lost down here. The tunnels go on a long way. They were designed to hold all of us, back when they dug the Scar. And back then, I guess, there were more people.

I wish I’d been conscious when they brought me here. I don’t even know which way to start. Left? Right? Does it even matter, really? END_OF_DOCUMENT_TOKEN_TO_BE_REPLACED